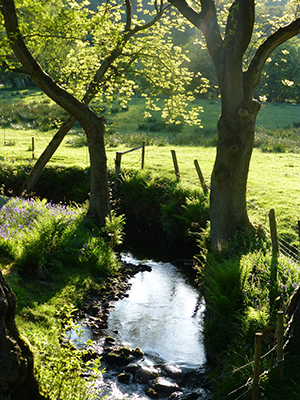 You can’t believe how liberating it was to have my stent fitted back in August. I said so at the time, but the reality of gaining a new lease of life after all the debilitating side-effects of cancer, chemotherapy and angina was rather unexpected. Isn’t it amazing how just a little tweak of a bit of arterial tube could make such a difference to ones quality of life? I’m now doing all sorts of things that were previously off-limits; hill walking, cycling, gardening (left) and travelling, to name but a few, enjoying the freedom and power this simple procedure has brought me.

The danger is of course I now tend to do a bit too much, revelling in my new energy and strength, but sometimes resulting in me becoming OVERTIRED, and ‘possibly’ a bit cranky. It still takes quite a long time to recover from exertion but I’m constantly trying to gauge whether I’m much different from the average 66 year-old git. Many men of my apparent age either delight me by saying they’re only 55 (…and I’m well above par on that scale!), or shocking me alarmingly by quoting their age at 79 as they stride off to bag a couple of Munros before lunch! Still, you can’t have it all ways and I’m very grateful for the wonderful boost the stent has given me.

Well, you’ll be pleased to know I haven’t been idle in the couple of month since my last ‘Topic’. Much has happened. There have been weddings, travelling and interesting new activities. Shortly after the stent I determined that more exercise was needed and encouraged by the medical team as well; I had a lot more energy but knew that taking up base jumping or fell running was probably stretching it a bit, so I looked into cycling as a serious option and came across E-bikes. These are basically ordinary bikes with variable power assistance from a battery. There are all sorts of options available, but after some research I decided that a folding bike that would fit easily into the back of the car would be the most useful.

So I bought a cracking little E-bike called a Juicy Compact and quite frankly I’ve never looked back. The problem with living in the Peak District is exactly the same as the beauty of living here – The Peaks. No matter which direction you choose, sooner or later you’ll come across a bloody great hill, which, however picturesque they may be, present a challenge to forward motion. The E-bike therefore offered a chance to tackle hills and get back in the saddle after the ravages of time and chemo.

Since acquiring the E-bike I’ve been cycling most of our fabulous local cycle trails and can quite happily handle a trip of 20 miles or so, seeing some of the most spectacular upland countryside in England from a new and much more intimate perspective. I’ve even ventured to the local shops in Chapel-en-le-Frith, about five miles away for small provisions, which fit neatly into the rear panniers. Cycling on busy roads takes a bit of getting used to, especially as a long-term motorist; cyclists can be unpredictable and occasionally rather bolshy! Not me of course, swathed in fluorescent yellow Hi-Viz and sporting bright, flashing LEDs fore and aft, I find it a new and quite invigorating activity and I’m enjoying it enormously. However, I suspect I’ll be a bit of a fair-weather-cyclist as I haven’t been out in the rain yet. I’ll give it a go as autumn sets in and see how I get on.

On the medical front, I’ve been hoping for some time be selected for a new American drug called Ibrutinib, which has had spectacularly successful results for my rare Mantle Cell Lymphoma in the USA. In the States it is now fully FDA approved, but in the UK it is still awaiting an NHS licence. The downside is that although amazingly successful it is also hugely expensive because of the rarity of patients with the specific condition it treats. Friday 24th October saw me at The Christie hospital where I signed up for this drug which is being funded for me by the American drug company and will continue to be so until it is adopted by the NHS. Ibrutinib is very different from normal chemotherapy, in that it targets the specific cancer cells and blocks them from dividing or multiplying. Consequently, although there can be side-effects, the drug is “well tolerated” and doesn’t cause the usual “collateral damage” that conventional chemotherapy can cause to healthy cells. The other huge plus is that it’s in pill form taken daily at home, rather than by intravenous drip in hospital. This saves an immense amount of my time and of course all the hospital staff and resources normal chemo entails. However, Ibrutinib is not a cure, although it is likely to achieve remission for some time, the cancer will return. Hopefully by then they’ll have developed some other new treatment. Anyway, so far, after 10 days things seem OK, although I’ve noticed I seem to be prone to bruising and cuts, especially on the face when shaving which take longer to heal. Looks like the beard’s due for another airing. 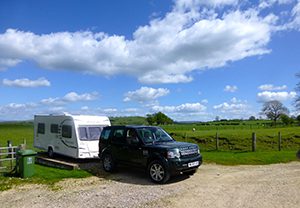 The other big news is, we’ve bought a caravan! Jane and I have taken three holidays in the last couple of years, where we’ve hired caravans and toured the Lake District, the West Country and the Cotswolds and we’ve really quite enjoyed the experience, although it has to be said, Jane’s not a big fan of the travelling, especially on narrow country lanes. But already owning the world’s best tow car, our Land Rover Discovery 4, which is a dream in which to tour, caravanning is a means-to-an-end: it simply gets us to places, cheaply, conveniently and comfortably where we can spend quality time together experiencing so much of this wonderful country of ours, and who knows, eventually across to Ireland and the possibly, in time the Continent.

Jane and I went to the big caravan show at the NEC a few weeks ago, already with a clear idea of the model we favoured, but with no intention of actually buying one. But the very first stand we walked into was actually the manufacturer of that model. So, just to hone my haggling skills I collared a salesman and asked for his best price on the model we wanted with several quite high cost options included . After some lengthy calculator tapping, consultation of lists and much pen sucking he came up with a price substantially under list! I was very surprised; I hadn’t even haggled, but knew from my research this was a damn good offer. The salesman’s problem though was geographical; he was in Hereford, three or four hours travel from our home in Derbyshire. I asked him to write down his offer and told him we’d go away and think about it. Jane and I then went to our local dealer’s stand, asking them to quote their best offer on an identical package. After even more tapping, rustling and sucking he asked if we’d already had an offer. I told him his competitors bid and showed the written confirmation. I can tell from 40 years of industrial negotiating when a seller is really on his back foot and this guy had both his feet out of court! However, he wasn’t going to lose the sale and playing his geographical advantage, he offered a close bid which added a few hundred for their locality to us, but still well over 16% under list including all the extras we wanted. As I said, we really hadn’t planned to buy today, so we left the dealer with an assurance that we would return with a firm answer that day and went to sit and discuss it over lunch.

We had ‘sort of ’ decided to buy a caravan when I retired fully, which I had in July this year, and here we were at the country’s biggest caravan show where the country’s top dealers were competing for the business of thousands of potential buyers; where better to get a cracking deal? So the die was cast and we went back to our local dealer and placed a deposit on our chosen caravan with all the trimmings. For those of you who might be interested, it’s a 2015 Bailey Unicorn Vigo with Reich automatic motor mover and you can see it here. We’re looking forward to spending some quality time travelling with our new home from home and we can’t wait to fit it out and get going when it arrives next spring.

You may wonder why we’re taking such an enormous and expensive step with my cancer prognosis being what it is. The answer to that question from my point of view is relatively simple – I simply do not acknowledge that a mere anomaly in my cells should dictate the course of my life. I will continue to live life to the full and enjoy new places, experiences and people whenever I can. Frankly, on a day-to-day basis I don’t actually think about my cancer at all; it doesn’t impinge on my consciousness; to allow it to do so would be to defer to its power; I keep the vital creed that I’m the most important thing in this struggle, deep in my subconscious and I’d recommend anyone in similar circumstances to adopt the same selffocus on positive progress, WHATEVER the prognosis may be. Sure, this is the power of positive thinking, but the mechanism by which one subconsciously steers one’s life is fundamental and I find it hugely liberating.

This may sound a selfish and of course it is. Jane has been wonderful in understanding what works for me and to a large extent, giving me free rein to indulge my idiosyncrasies, but she knows when I’ve bitten off more than I can chew and steers me on to a more sensible path although I’m probably a bit tetchy about altering my objectives.

Anyway, enough of this philosophy; let’s have a joke to round things off…

In the great days of the British Empire’s colonial past, a new commanding officer was sent to an African jungle outpost where he was to relieve the retiring colonel. After welcoming his replacement and showing the usual courtesies; gin and tonic, etc, the retiring colonel said, “You must meet my adjutant, Captain Smithers; he’s my absolute right-hand man; the real strength behind this office. His talent is simply boundless.”

Smithers was summoned and introduced to the new CO, who was alarmed to meet a one-eyed, stunted hunchback whose toothless head was cricked at an acute angle. He was bald apart from matted tufts here and there and his pockmarked skin bore several suppurating pustules. A less attractive specimen would be hard to imagine as he squatted toad-like before him. “Smithers, old man,” said the colonel, “tell your new CO about yourself.”

“Well, sir,” the apparition croaked, “I graduated with the sword of honour from Sandhurst, joined the Coldstream Guards and won the Military Cross and Bar after three sorties behind enemy lines. I’ve represented Great Britain in many equestrian events and won a Silver Medal for boxing in the middleweight division at the Olympics. At university, I researched the history of…..” Here the colonel interrupted, “Yes, yes, Smithers, never mind all that, the colonel can find all that in your records. Tell him about the day you told that witch doctor to f*** off.”

That’s All Folks! As ever, many thanks for the many replies and best wishes together with the usual abuse and hilarity; keep it coming it is so important to me.